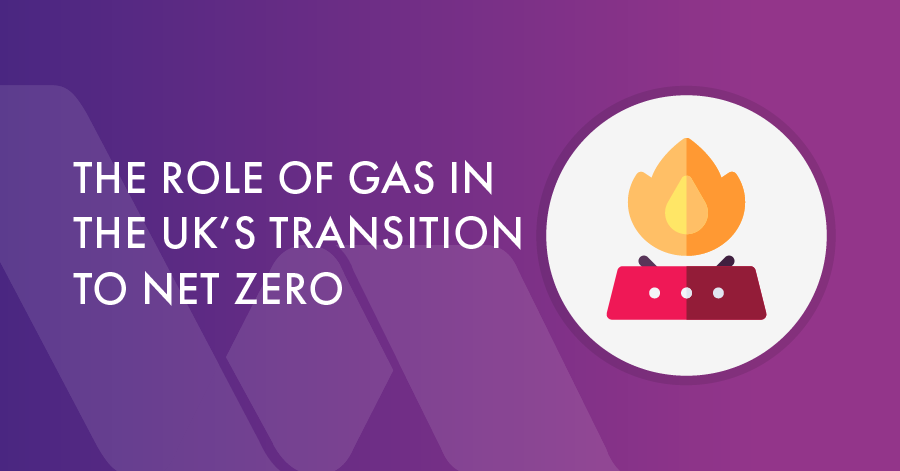 In 2019, the UK became the first major economy in the world to set a legal target to reach net zero carbon emissions by 2050. The National Grid’s ‘Future Energy Scenarios’ report recognises gas will have a key part to play in the energy transition, with expertise in the sector and existing infrastructure and technologies all being utilised to enable the integration of renewables more quickly and at scale, to meet the ambitious government deadline. In this blog we delve further into the role gas can play in the clean energy transition.

Gas as a transition fuel

Natural gas emits between 45% and 55% lower greenhouse gas emissions than coal when used to generate electricity, according to the IEA. From 2010 to 2019 the switch from coal to gas saved around 500 million tonnes of CO2 – the equivalent of putting an extra 200 million electric vehicles on the road (1). Currently, renewable sources are not able to generate enough uninterrupted power for the country. Natural gas can complement wind and solar during seasonal variations and provide back-up during short-term fluctuations in their outputs.

In March 2021, the UK government agreed a North Sea Transition deal with the oil and gas industry, drawing on the sector’s energy expertise to help accelerate the green energy transition. The deal includes £16bn investment over the next decade in low carbon technologies, boosting the country’s carbon capture infrastructure and kickstarting hydrogen as an alternative fuel for heating, industry and transport. (2)

There is growing recognition in the potential for hydrogen to provide a clean energy alternative to gas. One major advantage of using green hydrogen is that the existing natural gas infrastructure could be repurposed to transport and store it with only minor modifications. This is not only quicker than constructing new pipelines, it is much more cost-effective.

There are already a number of projects underway across the UK trialling the logistics of using hydrogen to power residential communities. Furthermore, in April 2022 as part of the Energy Security Strategy, the UK government pledged a £375 million package of support for innovative energy technologies. This includes investment in hydrogen and carbon capture, usage and storage (CCUS) to accelerate homegrown power. (3)

CCUS is the process of capturing greenhouse gas emissions released into the atmosphere, storing and transporting them to be used for energy. The technology is already being used to reduce emissions from natural gas but, to date, deployment has been slow and it has not been used to its full potential.

This looks likely to change thanks to the ambitious net zero deadline, as CCUS

offers significant strategic value in the transition to clean energy. As well as enabling low-cost hydrogen production, it can be retrofitted to existing power and industrial plants and used in industries, such as in the production of cement, iron, steel and chemicals, where other technology options to reduce emissions are limited.

Looking ahead, significant recent government investments into hydrogen production and CCUS, show natural gas has a significant role to play in the clean energy transition. It will continue to serve as a bridge to overcome technology gaps and provide a lower-carbon alternative to coal and oil until energy from renewables is economically viable.