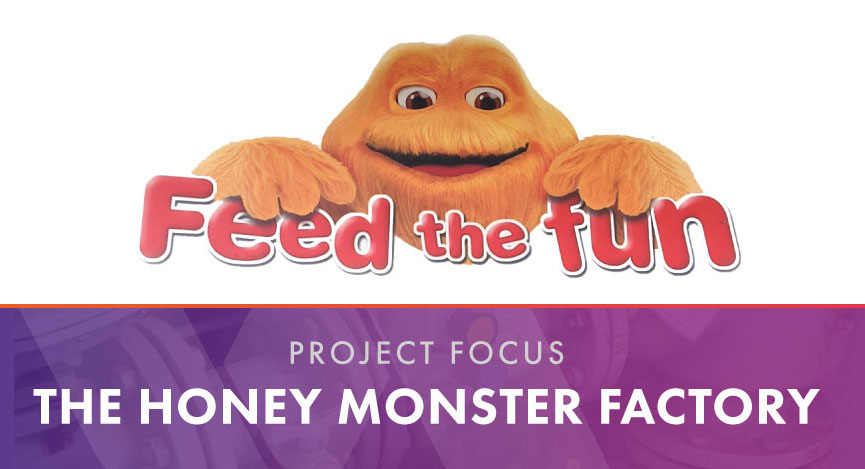 No stranger to high-profile projects, one of our latest assignments was the disconnection of gas meters at the ‘home’ of one of Britain’s most recognisable furry cereal ambassadors – the Honey Monster. Until recently, the Southall-based production site was the sole producer and distributor of one of Britain’s best loved cereals, Honey Monster Puffs (formerly Sugar Puffs, pre-2014).

Following its closure and eventual sale in April 2017, the new owners of the former industrial site, Galliard, have announced plans to transform it into a residential-led development, with 45,000sq ft. of the 880,000sq ft. earmarked for commercial use. However, before demolition and building work could begin, the existing gas infrastructure had to be disconnected and dismantled – cue Squire Energy.

Working under a tight deadline of just a few weeks, our expert engineers surveyed, planned and facilitated the complete removal of three rotary gas meters. Due to the location and size of the internal gas meter module, specialist equipment in the form of a Porta Gantry Lift was utilised to ensure successful disconnection and subtraction. It was crucial for the team to complete the work as efficiently as possible so the redevelopment of the site could continue.

“The defunct gas system was costing our client both time and money, by delaying the demolition schedule and incurring standing costs from the registered gas supplier.” explains Tapiwa Masose, Squire Energy Project Coordinator. “In line with our reputation, we delivered within time, budget and to our high-standards. We’re looking forward to continuing our collaboration with Galliard in the future.”

Get in touch with us via social media; you can find us on Facebook, Twitter, LinkedIn, & Google+.