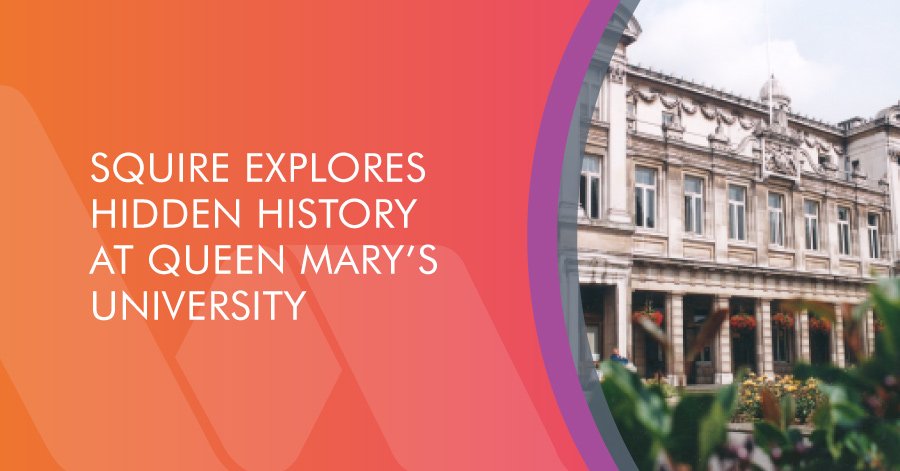 Here at Squire we’ve been lucky enough to work on a number of significant historical buildings, many of which still have signs of their fascinating ‘hidden’ history in plain sight – so long as you know where to look! Due to the nature of our work, we’ve stumbled across many an interesting artefact and site over our 16 years in the industry, particularly when working in central London. Our latest discovery is the extraordinary Grade II listed old graveyard at Queen Mary’s University campus in East London. Squire were at the site to scope out the work for a new project with the university to upgrade two of their blocks – Chapman House and Selincourt – with their own dedicated gas supply.

Tucked away inside the university campus, Novo Cemetery was built in 1733 as one of only two cemeteries built exclusively for Sephardic (Spanish and Portuguese) Jews in England.  The area has a long history of immigration and the cemetery remains a visible signifier of the presence of one of the oldest communities to have inhabited Mile End.

The site closed for adult burials in 1905 and children in 1918, by which time most of the Sephardi Jewish community had left the area. It was damaged by bombing during World War II, and most of what remains visible today is a small percentage of the ‘newer’ graves from an extension in 1855. The surviving older graves from 1755 were carefully cleared and moved to Brentwood in Essex

Our Project Manager, Steve Gray, who conducted the site visit to Queen Mary’s University campus said, ‘We quite often stumble across interesting historical remnants whilst working on site, today’s visit proved to be another reminder of London’s fascinating past and how the modern era lives alongside it.’ 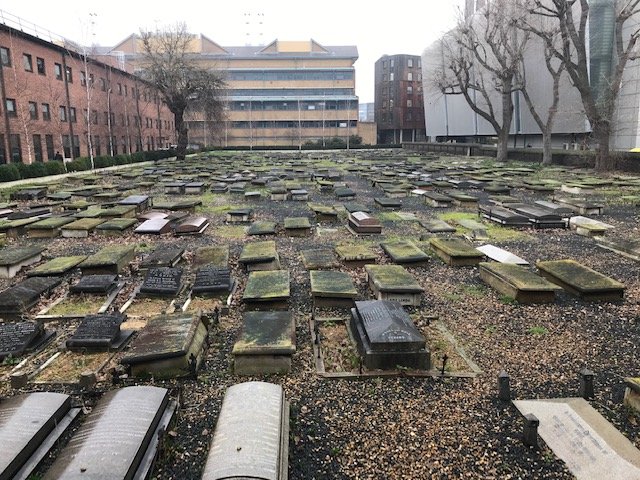