Smart gas meters: the rollout and its challenges 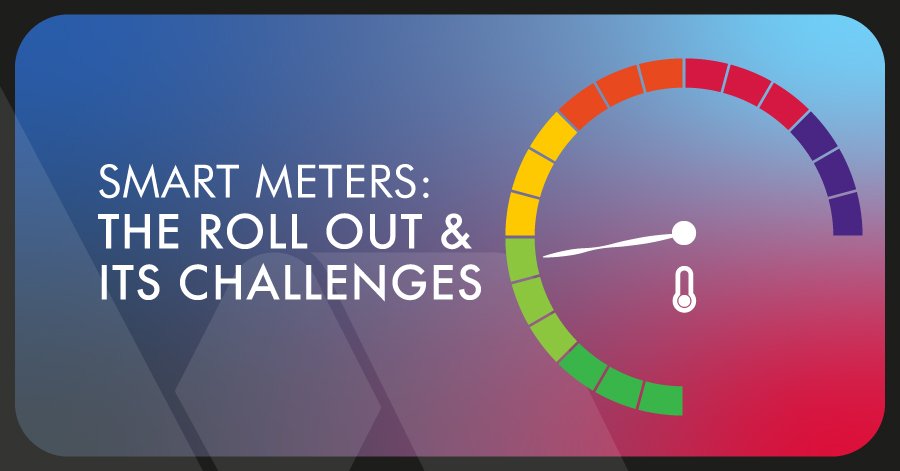 One of the biggest challenges we are facing at Squire Energy right now is posed by the UK government’s smart meter rollout scheme. Under the scheme, energy suppliers are required to begin the process of transitioning from traditional energy meters to smart meters, with a target of offering a smart meter to every home or small business (microbusiness) in the UK by 2020. In this blog, we look at the role of smart meters and why the scheme has been implemented, as well as the challenges we have faced so far.

How do smart meters work?

A smart meter is an electronic device that records data, including how much electricity and gas is being consumed at regular intervals and relays it to the energy supplier. This information is used to provide additional insights to the supplier and ensure more accurate energy bills.

Gas smart meters are usually attached to a low-power radio transmitter powered by a low-voltage battery. The meter transmits the usage readings at regular intervals over a secure network to a communications hub, which is ‘attached’ to the electricity smart meter installed elsewhere in the building.

Many UK businesses will have already been using a similar technology– advanced meter reading (AMR) – which is referred to as advanced SMART. AMR devices are less complicated than smart meters in that they only have one-way communication, from the energy meter to the supplier, but they have the same purpose. Many were installed between 2009 and present day when it became a mandatory requirement for larger gas and electricity meters to have them.

Although it was initially thought that AMR devices would be phased out, a ruling in 2018 agreed that business customers (except for microbusinesses, ≤ U40) would still be able to choose between having an AMR device or a smart meter. It was also announced that AMRs will count towards the smart meter rollout obligations until further review.

The smart meter rollout scheme is part of a plan to help the UK meet a target set in the Climate Change Act to reduce emissions by at least 80% by 2050. One of the key features of smart meters is their display screen, which shows how much electricity and gas the property is consuming, in kWh or pounds and pence. The hope is that by making these figures transparent, people and businesses, will make an effort to reduce their energy consumption to reduce their bills, with a knock-on effect of reducing emissions.

There are more than 26 million homes and small businesses that must be offered a smart meter by 2020 as part of the scheme, so the heat is on for energy suppliers, and for us when offering our gas metering services. Not only are there high delivery targets to face, but we are also required to ensure that any gas smart meter installations meet the rules and regulations set out in the SMART Code of Practice (SMICOP).

The first-generation smart meters (SMETS1s) installed during the first phase of the rollout scheme were supposed to have the ability to seamlessly switch energy suppliers at the request of the consumer, but upon installation it soon became clear that a significant number of SMETS1 devices were going back to ‘dumb’ mode when customers switched over.

This is where the second-generation models come in. SMETS2s are automatically enrolled on to the Smart Data Communications Company’s (DCC) network, so they do not experience the interoperability issues of the first-generation meters. 2019 was supposed to be the year that there was a big push to roll these out across the country, however, this has been met with its own challenges, namely the difficulty in getting hold of enough meters to meet the demand both for domestic and non-domestic. For Squire Energy, we have found ourselves unable to make as many installation appointments as we would like for SMETS2s, and this will most likely mean we will be required to squeeze in more appointments as the meters become available.

Another challenge we are facing with SMETS2 meters is that they currently only have software installed for a specific supplier. This means we cannot pick any smart meter off the shelf and use it for any supplier, whereas we could with a traditional meter. The good news is that we are nearing the point where Squire Energy’s ‘vanilla’ meter will soon be available on the market. The ‘vanilla’ meter will allow switching between suppliers so it can work across the board.

In the meantime, Smart DCC have announced a plan to solve the interoperability problems with the first-generation smart meters by having them enrolled on to their network in three cohorts over the coming months. The first batch of migrations are set to take place at the end of this month, followed by a further set in September and then December. While this is good news for those with SMETS1 meters and energy providers, it has left us with another challenge, as we are tasked with the responsibility of migrating over the SMETS1 devices that we originally installed.

These are just some of the ongoing challenges currently facing us and many other businesses in the energy sector and, as the deadline draws closer, there have been renewed calls for it to be extended in light of the unforeseen delays and technical problems. Whether the government will be able to act on this request whilst remaining on target to meet the UK’s reduced emissions target remains to be seen.

At Squire Energy, we aim to always deliver, even when faced with the most challenging gas metering requirements. To find out more about our gas metering services click here.