Quiz: How well do you know the gas industry? 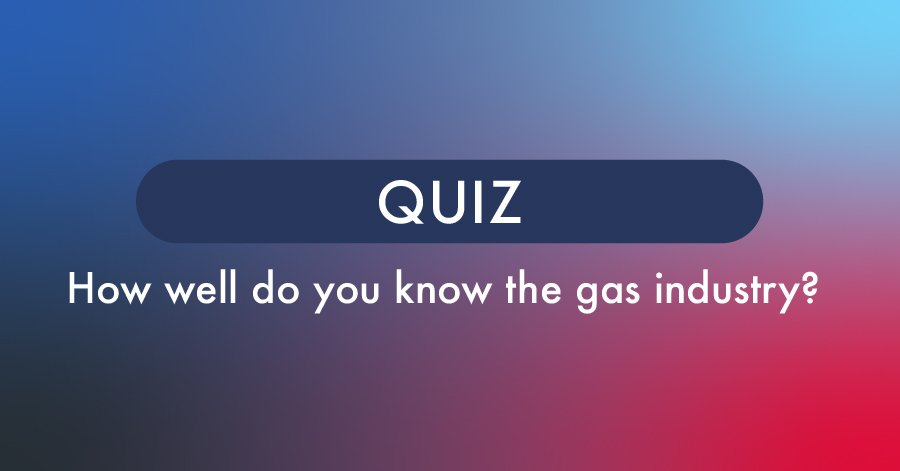 With 18 years’ experience as a gas infrastructure provider, we like to think we know everything there is about the gas industry – but do you think you know it as well as we do? Put your knowledge to the test by answering the following questions…

A. The first question is a trick one – surprise! Natural gas is actually odourless. The rotten egg smell we all recognise is produced by a chemical we add called Mercaptan.

Q. Which of these is a method of joining PE gas pipes – Butt Fusion, Tooshie Fusion or Keister Fusion? (Childish, we know!)

A. Butt Fusion. This is one of two main methods we use for joining PE pipes; the other is called Electrofusion.

Q. What material were the first ever pipelines made from?

A. First made of bamboo, the use of pipelines dates back thousands of years, originating in China where they were used to separate salt from seawater.

Q. When was manufactured gas (aka. coal gas or town gas) first used to light a home?

A. This was in 1792, when William Murdoch used coal gas to light his home in Cornwall.

Q. When was gas first used in the Houses of Parliament?

A. Gas fittings were first installed in the Houses of Parliament in 1859. This significantly accelerated the wider use of gas across the UK.

Q. What year was the first gas meter developed?

A. A British engineer called Samuel Clegg developed the first gas meter in 1817.

Q. What year did the UK first convert from using Town Gas to Natural Gas?

A. The conversion started in 1967 and all appliances were using natural gas just ten years later in 1977.

Q. In what year was natural gas first brought into the UK from our own gas fields?

A. In 1965 gas was taken from the West Sole field and brought ashore at Easington, off the coast of Yorkshire.

Q. Where does the UK get most of its natural gas from?

A. There isn’t one definitive answer – our natural gas comes from a variety of locations. Norway, the Netherlands and Qatar all provide a significant portion of our natural gas, while there’s also some pipelines which originate in Russia.

Do you feel like testing yourself some more? You can see how much you know about Squire Energy here. Also, make sure you follow our social media. Find us on Facebook, Twitter and LinkedIn.