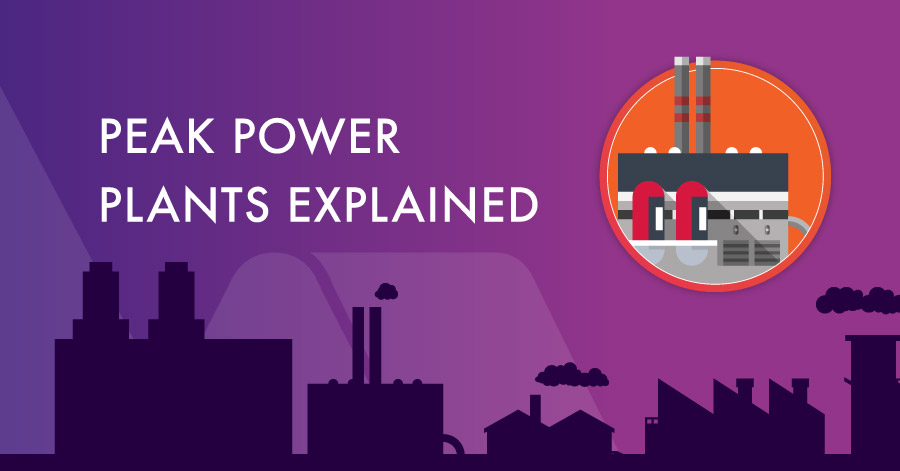 Looking around 21st century Britain, it might be hard to believe that the UK is consuming less energy that it did 1998. Despite a widespread proliferation of electronic devices and a growing population, the total of amount of energy use has fallen by 17% in the last two decades*. Electricity usage specifically experience a 1.9% drop in 2017**. This can be explained by a decline in UK manufacturing (especially in energy-intensive industries), government directive intended to reduce the nation’s carbon footprint and consumers converting to energy-efficient technologies.

However, as expected in a technology-driven society, the UK still experiences significant peaks and troughs in energy consumption. From unexpected cold snaps that prompt consumers to crank up their heating, to the mass switching on of kettles for a cuppa in the ad break during Coronation Street, there are times where the need for electricity exceeds expected demand.

Enter, Peak Power Plants. These are small power plants fueled by gas (or diesel), and generally run only when there is a high demand for electricity. They bypass the nationwide transmission system to deliver power direct to local distribution networks, generating up to 20MW of electricity. Natural gas neatly bridges the gap between environmentally unfriendly fossil fuels and unreliable solar and wind power.

The benefits of these pocket-sized power plants are multi-faceted – environmental as well as profitable, as smaller providers realise the potential in picking up the supply slack. The plants serve as an instantaneously accessible reserve when a lack of sunny and windy days render the renewable reserves depleted and unable to meet demand. Crucially, gas-fired plants can be dispatched and then quickly ramped down to accurately reflect the shifting energy needs of consumers.

Peak Power Plants play an important role in balancing the UK electricity network, which is growingly ever more reliant on renewable energy sources, as the nation shifts towards a low-carbon economy. The National Grid is keen to develop a smart, easily-accessible flexible system of supplementary services, that make optimum use of the peaks and troughs of energy demand. With Peak Power Plants fitting the bill for reliable and environmentally friendly energy solutions, the popularity and usage of Peak Power Plants is increasing exponentially around the UK. This enables greater solar and wind power generation overall, as the STOR sites are an important facilitator of green energy base load.

Balancing services is key and smaller, decentralised or on-site stations are the solution. At Squire Energy, we’re proud to be part of this solution, and have been part of the construction of several gas-fired plants across the country. John Clifton, Senior Project Manager at Squire Energy says, “We are proud to say that we are playing a key part in the development of this facet of UK energy provision. We have a number of exciting projects in the pipeline, and are looking forward to working with our various partners to ensure these are delivered successfully.”