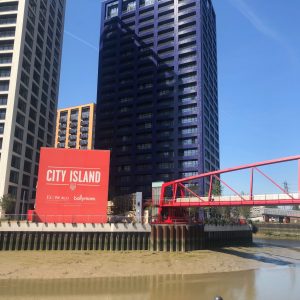 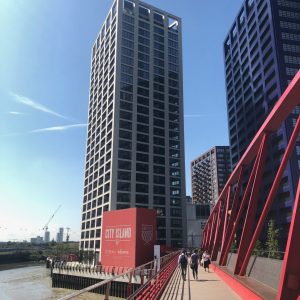 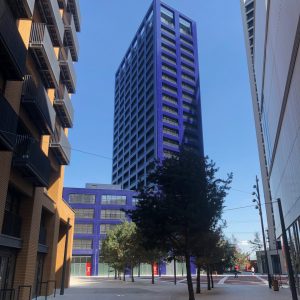 The process of turning Ballymore’s vision of a futuristic island community into reality got underway in 2014 with construction beginning on the first of what would eventually become twelve residential towers, providing 1,700 new apartments.

With the introduction of so many new buildings also came the need for new gas infrastructure. Squire Energy’s work on the project got started in 2015 when we were tasked with providing a new medium pressure 200mbar gas connection to meet the increased demand.

From our previous experience working on large-scale residential projects, we understood the importance of limiting the visual impact of our work. The Squire team opted to install an external pit-based twin stream governor, connected by a 250mm PE pipe, to reduce the new medium pressure connection to low pressure.

Due to the sprawling size of the London City Island, we were also tasked with extending the existing low-pressure network to cover nine metres, to include the new Energy Centre and retail and restaurant facilities.

Despite challenges posed by the location of the site – which is only accessible via one narrow entrance – the Squire team’s clear communication and coordination with other contractors on the project meant our work on the project was completed on time in 2019.