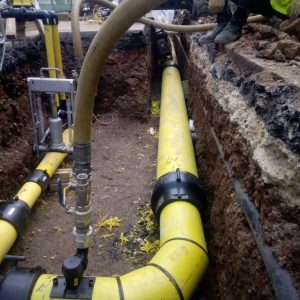 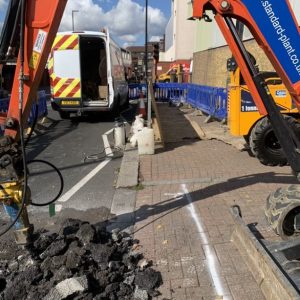 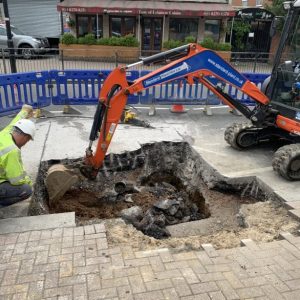 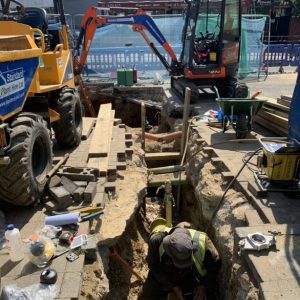 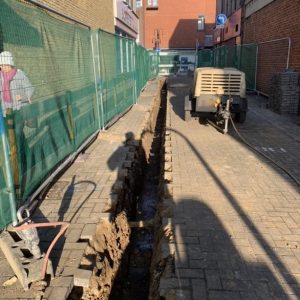 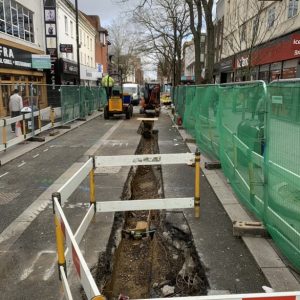 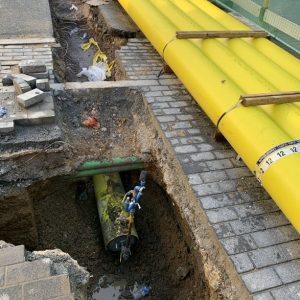 In 2019, Cadent – formally known as National Grid – approached Squire Energy to carry out essential network reinforcement works along Hounslow High Street, to facilitate a major upgrade to the existing infrastructure in the area. As part of its city-wide mission to modernise London’s gas infrastructure, Cadent nominated Squire Energy as its contractor, based on the strong relationship that has been forged over several years and numerous projects.

Located in West London, Hounslow High street is a bustling stretch of local shops, businesses and residential properties, serving as a core of the local community. With an impressive daily footfall and serving approximately twenty bus routes, it was inevitable that the High Street would experience significant disruption to transport and access for pedestrians during works. As with every project, Squire liaised closely with local authorities to ensure minimum disruption; Hounslow Highways arranged for Temporary Traffic Orders/ Road Closures and cycle lane suspensions along the High Street and TFL put buses on diversion so that works could begin.

Keen to keep the community well informed, Cadent and Squire held a pop-up stand in the High Street shortly before the project commenced, inviting locals and members of the public to raise any queries or questions, so that any concerns could be rapidly alleviated. With the public on board, works began in early January, with the brief stipulating the installation of approx. 220m x new 315mm low pressure reinforcement main along Hounslow High Street to ensure increased capacity in the surrounding network. Plans specified an 18in under-pressure tee connection in Hanworth Road and a 125mm cut-in tee in Holloway Street to connect the reinforcement main.

Despite the magnitude of the project, there were only a small number of challenges. Most notably, works were suspended for six weeks towards the end of March, as the nation plunged into lockdown due to COVID-19, unavoidably causing a delay in the timeline. Additionally, while excavating the High Street, a sink hole was discovered and had to be repaired before installation of the new connections could continue. As well as closing sections of the High Street, Fair Street also required closure, with unrestricted access to neighbouring Holloway Street and Hanworth Street also affected. The latter two presented a further challenge when it was discovered that a sizeable 36” watermain fouled the carriageway of Hanworth Road, obstructing the route to the 18in main between Hanworth Road and Fair Street. Well versed in navigating around unexpected obstructions, the solution required larger excavation (3m x 2.7m) along with ground support as parts of the excavation were approx. 2m deep. The only other niggle was a congestion of utilities cables and pipes at the entrance between the High Street and Holloway Road, requiring Squire to reduce the diameter of the main from 315mm to 250mm.

In spite of running a sizeable project during what could be considered one of the most challenging times in recent history – in the midst of a global pandemic – the project was completed in August 2020, much to the client’s delight.