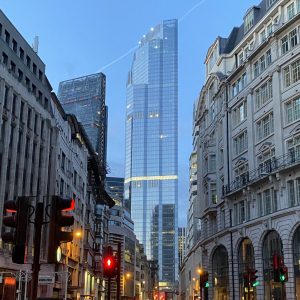 Squire Energy’s work on the 22 Bishopsgate site began 14 years ago, when it was chosen by Multiplex to provide the gas infrastructure for a proposed 945ft tower block – then called The Pinnacle – in the heart of London’s financial district.

The site has had a complicated journey to fruition and SEL’s work was carried out in several stages, beginning in 2007 with the isolation and diversion of existing gas supplies during the demolition. This was followed by the installation of a new gas supply on the site in 2011 – a demanding task that required a collaboration between SEL and the National Grid to ensure the gas level could meet the high demand required by the new skyscraper.

Unfortunately, the effects on the construction industry of the 2008 financial crash put a stop to the project in 2012, and the concrete shell that stood on the site was demolished three years later.

In 2019 work on the site restarted – albeit with a new building design and new name. The gas installation design from the earlier stage of the project was still applicable, so the Squire team refurbished and restored the unused infrastructure they had put in place nine years earlier, successfully completing the installation in January 2020.