Apart but Together: Staying connected during lockdown 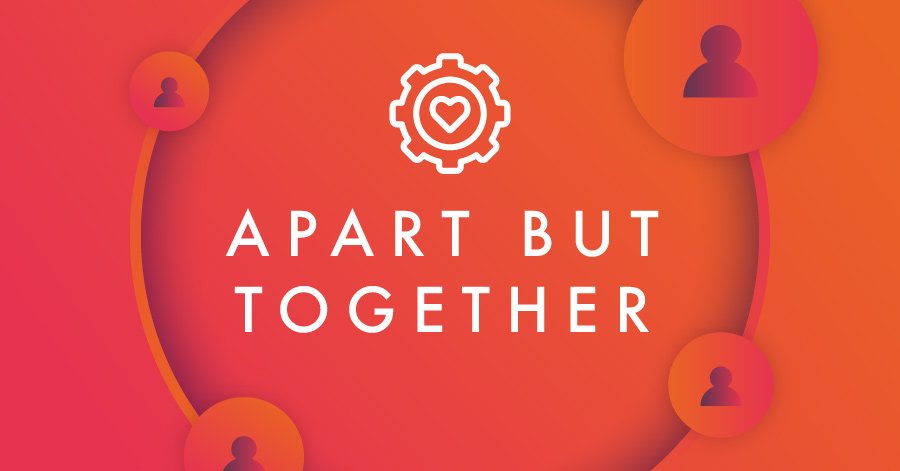 The government has been at pains to ensure that people are mindful of their mental health at a time where it is now properly considered equally as important as physical health. Covid-19 couldn’t have come at a worse time as the UK takes up the challenge to support those struggling with anxiety or depression.

Squire Energy, like a growing number of employers, see the investment in the health of their people as more than just a box-ticking exercise and the pandemic has seen them place more emphasis than usual on us all.

Almost as soon as the prospect of home-working and furlough began, the company peppered us with invites to join a mammoth Blockbuster interdepartmental competition (still ongoing as I write this); an evening with a virtual DJ and the opportunity to learn new cocktail recipes;  as well as virtual social clubs for people to share their various interests such as ham (amateur) radio, cookery, gardening and even skincare tips. Each email or invite was tagged #apartbuttogether and for those that are/were furloughed it offered an important balance of exercise, routine and outreach which is vital not just to keep us connected but for our mental wellbeing.

There was even a Wake Up Workout led by one of the team at 7:30 am every morning. As my wife and I were already in a committed relationship with Joe Wicks ‘most’ mornings I joined the company’s Strava club instead. It was ideal for encouraging me to get out on the bike while I was in furlough and to offer kudos to the others who took part as they walked, ran, or rode their way into maintaining good health. All of this pointed to a substantial, well-co-ordinated and determined effort to leave no stone unturned in their effort to keep people connected. Now that I am out of furlough (along with my colleagues who were furloughed also) the opportunities to smash my PB on Strava are limited but I can still watch the drama of the Blockbuster challenge unfold in real-time on Teams.

For the quotations team our weekly catch up session on Teams has been less about battling our way through To-Do lists and more about letting off steam and planning weekends. Visits to operational sites, usually part of my day-to-day role, have taken on a new perspective due to social distancing and now border on the exotic and adventurous.

We all have a responsibility for looking after each other (and ourselves) in times of crisis and I think we sometimes forget that the workplace is no different. But while employers have a duty of care as prescribed under law they aren’t automatically programmed to do it with any sincerity or to go the extra mile and we tend to forget that our employers are humans too, many with families that require home-schooling as well as facing their own mental and physical challenges. So, while the company took the lead to prompt discourse on ways to keep our spirits up and offered ideas of their own it made perfect sense for them to lay the gauntlet down at the feet of their employees to help create something that was inclusive, fun, diverse and more importantly, optional. The idea was to create something that everyone, including our department heads, managers and directors could become part of too. By embracing existing social technology (whether it be a fitness app, Zoom or Teams) and filling it with opportunities for human contact Squire Energy have helped to create a support infrastructure that is flexible and diverse enough that no one need feel left out or alone.

I am lucky that as much as I have always been good at keeping myself in a productive routine at work,  I also have a little family to keep me in check if they see a dip. But it is not a benefit everyone has so the level of support, creativity, enthusiasm and humour which the company has fostered during this crisis has been admirable, whether people are interested in taking part or not. This effort has been about more than just keeping our collective heads above water while we endure one of the strangest moments of the 21st Century, it’s been out of a genuine and sincerely held belief that we have an opportunity to look after each other; so why not make the most of it?

This familial, ego-less structure de-clutters the sometimes staid employee/employer relationship which other companies can have and it is clear that this is not an exception Squire made for these times but exceptional because the willingness to engage in this way has obviously always been there.

The annual Summer BBQ which was expected to be a festival of food and activities held outdoors (and at the mercy of the British Summer weather)  has had to be cancelled in its current form but that hasn’t stopped the company trying to find another way. We have already received advance notice of its replacement: Summer BBQ – Home Edition!